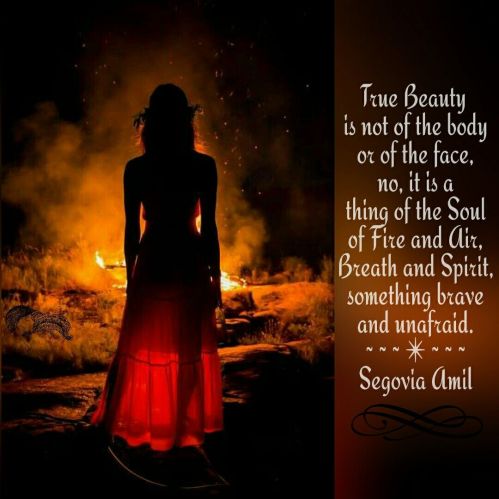 I don’t believe there is a woman alive who doesn’t have beauty triggers, not even the most recognized beauties, unless they have done their inner work. Julia Roberts , who I consider a true beauty, admits to having issues around her beauty.  Most women are not going to admit to having issues about the way they look because of “ How it Looks” if you do!

It is a sad commentary and most likely a way to maintain control over women and keep them in their place.

The Katelyn Mariah version of not being good enough was “I am not pretty enough”. Every once in a while it comes back to haunt me like it did other night because it’s a cellular wound. Fortunately, because of all of the inner work I have done I was able to witness it and know what was happening.

When I was describing it to a dear friend, I felt like that awkward teenager, who believed that truth. He was able to hold a safe space for me to feel the feelings and cry the tears that were emerging from that old place in me, that still believed it some how.  To be held by a man in a safe place so I could get in touch with this was so healing. It is really hard to tell a man that you have issues about beauty when the original pain can from males.

Because of that hurt place in me, I had a belief that when men rejected me it was because I wasn’t pretty enough and they were off to find someone who was.  I felt like I was good enough on other levels, but not how I looked. I know that you have probably looked ay my photo and see the absurdity in this thinking but for my it was very real.

Where did this come from?

I grew up the only girl with three brothers who convinced me on a daily basis that I was “fat and ugly” neither of which was true. If you hear it often enough it does become your truth, especially if your parents set no limits on that behavior, which mine did not. Their complicity only reinforced the feeling for me. My brothers convinced all of the boys in the neighborhood to echo that same theme back to me. They would gather near my house and taunt me as I walked by. I would try to find ways to come in a back way to avoid the pain.

This theme of not being beautiful or pretty enough was reinforced by the media in magazines and on television. They created an artificial standard for what women should look like and we women watching didn’t realize that these women were starving themselves and being airbrushed to look a certain way. All we knew was that we didn’t look that way!

I don’t know about other women but I imagine many of us if not all bought into the beauty myth. It was apparent that men were being wooed by those images too. Playboy magazine was popular for a reason. Men could fantasize about the ideal woman and go off and try to find her. And guess what, folks, I did not look like her!

That early programming took away my ability to see my own beauty. I know what I saw in the mirror and in photos was skewed by my inner program and it wasn’t what other people saw. I also know that my inability to see myself clearly was reflected in my aura for others to pick up and reflect back to me. I got a lot of that reflection too.

As I have pealed back the layers on this issue over the years and cleared much of this out I have come to an understanding about beauty in general and my beauty specifically. There is more to true beauty than a certain look. It’s a combination of physical appearance, the light you carry, your frequency, how you hold yourself, your confidence and your personality but more importantly how kind you are, the compassion you feel for others, your joy, happiness, aliveness, vulnerability, authenticity, how you love and your happiness. There are so many layers to beauty that it can’t be put into one category.

I can say that I am a beautiful woman who still gets triggered occasionally and I can embrace that as a part of my beauty.

My wish is that all women can find their own beauty and feel it to the core of their being. We are of the Goddess and expression of her beauty on earth. It is time for all women to honor the beauty that they are. 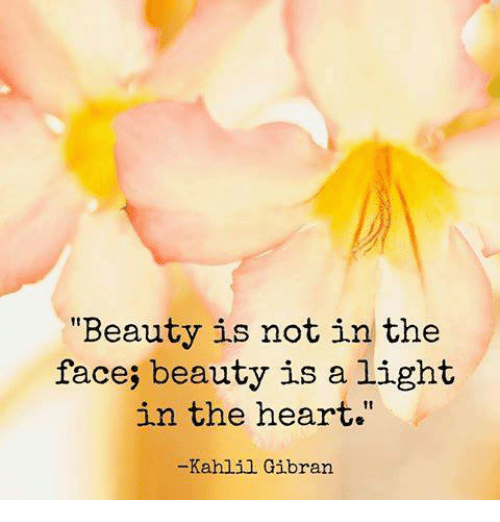 this theme of not being beautiful or pretty enough was reinforced by the media, on television and in magazines and an artificial standard of beauty was created that still stands today. And we women watching didn’t realize that these women were starving themselves and being air brushed to look a certain way.

Filed under A wakening consciousness, Sacred Magic, The Path of the New Woman

Dance of Masculine and Feminine 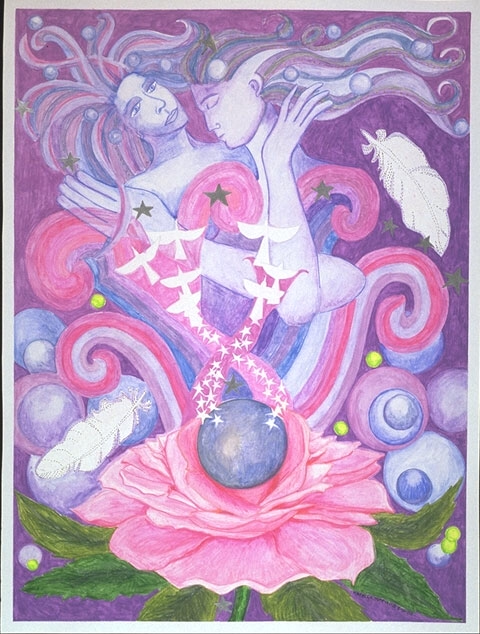 Yesterday I made a post on Facebook  about how I have always felt that Friday the 13 was a lucky day. (So far today it has been 🍀)

A conversation occurred about how 13 was the Day of the Goddess/Divine Feminine and how it was turned into something bad by the patriarchy to disempower women.

“Before Christianity came along, Friday the 13th was “a very powerful day for feminine energy and creativity,” writes Tanaaz Chubb, an LA-based intuitive behind the website Forever Conscious. “Before patriarchal times, Friday the 13th was considered the day of the Goddess. It was considered a day to worship the Divine Feminine that lives in us all and to honor the cycles of creation and death and rebirth.”

So it awesome to honor the Feminine today. Not only awesome but important!

But here is the truth as I see it.

Every man and woman alive today has been high Jacked by the patriarchy. We all came into the world and dropped into the patriarchal program and learn how to live based on the program. We didn’t choose it!

Men learned how to be men and women learned to be women. We learned from wounded men and women, who came from a long line of wounded people. Women have been struggling for equal rights since the sixties. It hasn’t been easy being a woman and we should be celebrated.

My guess is, it isn’t easy being a man either.

I was in situation several months ago where there were men and women in the same small room and women were putting men down as if they weren’t even there. I was actually the only white person in the room. It got to the point where I couldn’t listen any more and I stood up and said “I see a lot of nice men in this room and the way you are talking about men as if these guys aren’t even here is really upsetting to me.” The room went silent and one by one the women apologized.

We are all trying to find balance between the masculine and feminine energy in a time when there aren’t a lot of role models. Each person who takes a step towards wholeness should be celebrated!!!

I said this on a post, someone else wrote, a couple of days ago when it felt as though people were dissing men, “There are a lot of beautiful men who are in touch with their hearts, an in whose presence you feel expansive.” And I have always believed this. Men need to be cherished not chastised.

We ( men and women) need to cheer each other on for being on the planet at this time. It’s hard for all of us! We are here to bring back balance between the masculine and feminine, not holding the old paradigm in place by believing and responding to the old stereotypes.  The more we respond to each other out of stereotypes we only keep what we don’t want in place.

The Dalai Lama said the world would be saved by the western women. I think it will be saved by men and women coming together in wholeness.

It’s cause to celebrate that many of us are doing the deep work to bring back balance. 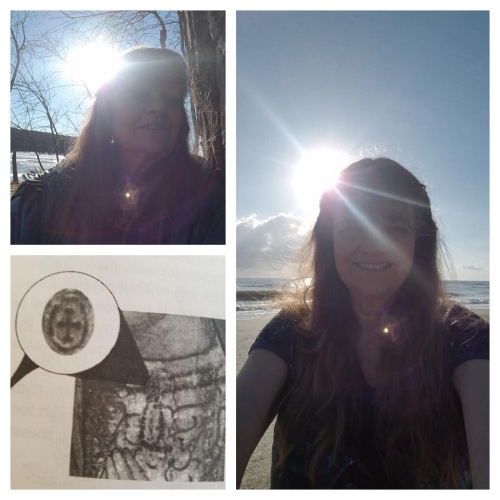 I have had a very strong connection with Our Lady of Guadalupe since 2000 when I went on a pilgrimage to her national shrine in Mexico City. I see her as the Great Mother. I wrote about that pilgrimage in my book Empowered Health and Wellness.

Many Mexicans see her as Tonantzin, the Aztec Goddess. Before the fall of the Aztec capital of Tenochtitlan in 1521, the hill where Juan Diego had his vision had also been the site of an ancient temple to the Aztec goddess Tonantzin (The Great Mother), later leveled to the ground by the Spaniards. Guadalupe’s shrine is built on top of the temple to Tonantzin.

Over the past year I have developed a more active connection with Guadalupe, having journal conversations with her almost daily.

She has made an appearance to me twice in a very unusual way. Through selfies! Guadalupe uses modern technology apparently.

If you look at the photos of me in the collage above you will see her cross. Enlarge the image to see it more clearly. In the lower left is a picture of the cross that is at her next in the miraculous image of her that is held sacred by the Mexicans. It is housed at the National Shrine.

You see the cross illuminated at my neck. They are exactly the same and there is the same necklace of light encircling my neck and chest.  This is not light bouncing off of a necklace I am wearing. It is light creating the image on my neck. I am not wearing a necklace at all.

The photo in the upper left was taken in November or December 2018 at the Saint Croix River in Minnesota. The photo on the left was taken today, April 8, 2019 in Melbourne Florida. They are 4 or 5 months apart.

I feel like this is a definitive sign from Guadalupe to me that she is by my side, walking with me.